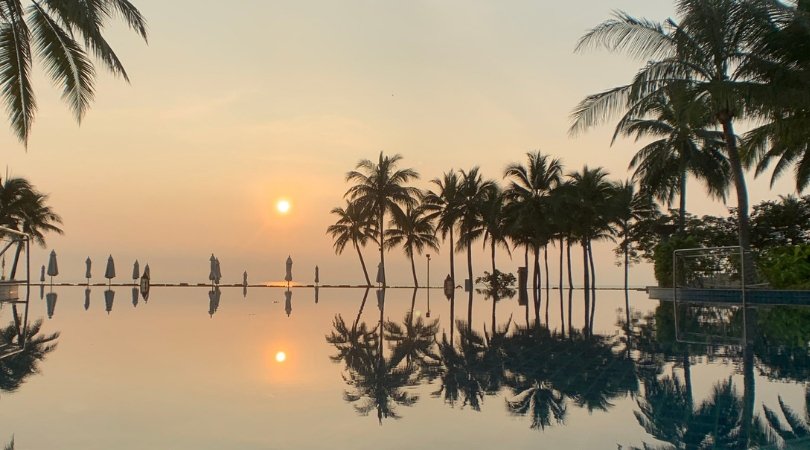 Every second year I try and escape to somewhere warm to lay on a beach, or by a pool to clear my head and just read. Normally I head straight to northern NSW, or Qld, but this year a Luxury Escapes deal was far too tempting and so I ended up in Hua Hin, Thailand for eight nights. I read three books, in between the obligatory cocktails and massages of course, and here they are in the order they were read:

As Henry Higgins said to Eliza Doolittle said in My Fair Lady, “Why can’t a woman be more like a man?” In a world where the solution is to just fix women, this book by Caroline Criado Perez is truly enlightening and powerful. From blind orchestra auditions to blind recruitment. From urban planning to emergency accommodation. From governments subsiding condoms at the same time as taxing sanitary products as luxury items. From crash test dummies designed by men for men to drug trials where testing females becomes too risky and expensive, this book covers it all. It leaves you enraged but one thing rings true, the education of girls is more important than ever. As I heard an eighteen-year-old student say last week, by way of thanking her parents for investing in her education, “if you educate a man, you educate one person. If you educate a woman, you educate a nation”. It’s an often-heard quote and if all girls were to read this book I’m sure they’d be fighting the injustices outlined, but instead, they are mostly unseen, often not talked about and quietly accepted as normal and all par the course. Girls need to be educated and therefore empowered to question what is acceptable to them. As a marketer, it seems outrageous that half the population can systematically be ignored, and if the #MeToo movement proved anything it is that women are beginning to demand to be equally represented.

Book 2: “AIQ, how Artificial Intelligence works & how we can harness its power for a better world” by Nick Polson & James Scott

Whilst a tad heavy going in parts on the maths for a holiday read there was no doubt that the historical characters of Florence Nightingale, Abraham Wald, Isaac Newton, Henrietta Leavitt & Grace Hopper and their stories, gave this book some great historical reference and proof points. The books case studies show us how “thinking a bit more like a machine- that is, making decisions using data and the riles of probability” can empower us all.

As an enthusiast for autonomous vehicles, I loved the opportunity to reflect on the current issues the engineers are trying to overcome (bicycles, snow & kangaroos) and the question was posed: “If you had to put a loved one in a taxi, would you rather have it driven by a randomly sampled 16-year-old with a drivers licence, or by one of Waymo’s (Googles autonomous) cars?”

Which did you select? I would choose the autonomous vehicle every time and here are just some of the reasons given in the book and I’m sure the stats would be similar in Australia:

A large chapter of the book was dedicated to AI in the health sector and the potential it has, if only we had global standardised data sets that would allow predictive AI to do its magic and a way to overcome the fear, the privacy, the cultural and the regulatory issues. When there is so much potential and the technology already exists we can ask why it isn’t already and the author’s response is, “Cancer and kidney disease have no nationality, but there’s a word for bureaucracy in every language”.

Book 3: “The Fourth Education Revolution: How Artificial Intelligence is changing the face of Education” by Anthony Seldon and Oladimeji Adiboye

I first came across Sir Anthony almost ten years ago now after the Deputy Head at his school, Wellington College visited me at Melbourne Girls Grammar to hear about the innovative learning spaces, digital and wellbeing programs being implemented. Upon hearing of the work he was doing we soon connected to ensure our girls had the opportunity to attend the annual Global Social Leaders Summit that they hosted each year.

Anyway, I’ve been a huge fan ever since and this book just confirms my reasoning. A book for every educator, and anyone else who has an interest in the future of our young people. Keeping with my theme this holiday, the book is focused on the impact AI (Artificial Intelligence) will have on the educator sector and questions why the education sector is lagging behind. Seldon’s claim is that when it comes to education we are all prisoners of our own experience. AI can transform schools, enabling education to be personalised to each student, removing the need for exams and allowing every child access to the same technology.

He has singled out five main problems with the system which make it unfit for purpose. These are: “the lack of social mobility; the fact that in the current education system all students move at the same pace; an excess of teacher administration (which, he says, is ‘surely responsible for the enormous crisis that we have in teacher recruitment’); the fact that it focuses on a narrow area of skills and knowledge; and finally, the fact that the current system homogenises pupils, rather than being tailored to the individual.”

He says it will be technology that can change and impact all of these. I don’t think I’ve ever saved as many notes from the one book before and I can see I’ll be referencing this one for a number of years to come.