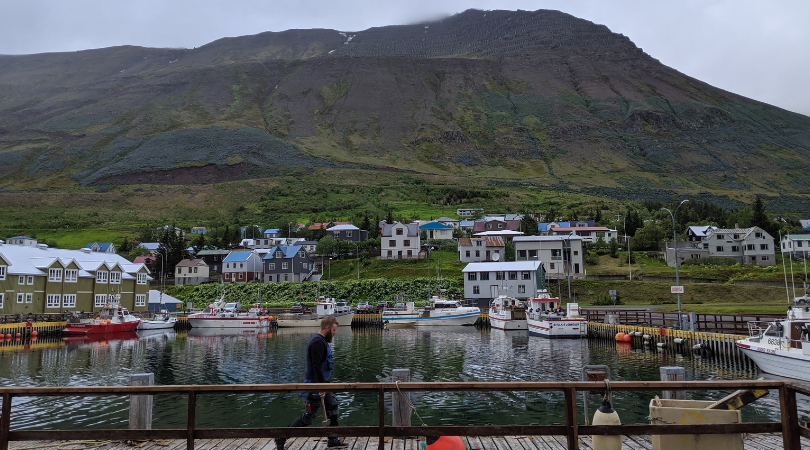 After a heady few weeks battling the crowds and heat in Eastern Europe, we landed in Iceland, and wow, what a contrast it was!

I could tell you all about our hunt for the elusive puffin (ended up with two excellent sightings) and seeing arctic foxes in the wild, as well as the hundred’s of waterfalls and fascinating geographical wonders of this volcanic island, but instead, my focus for this blog needs to align with my website’s purpose, so here’s what I learnt in regards to the education system and community in Iceland (and some links to my photos at the end!)

Iceland’s education system is built on the fundamental principle of equality, a system in which everyone has equal opportunities to acquire an education, irrespective of sex, economic status, residential location, religion, possible handicap, and cultural or social background. More importantly, education is free (and compulsory) from ages 6-16, and there isn’t the tradition of private or independent Schools like here in Australia. With less than 2% of students attending private schools, it is said that there is no higher prestige attached to attending these schools either.

From what I observed they are far less focussed on child safety and risk than we are and this I noticed numerous times in our travels where groups of students were out on the streets doing community volunteer work unsupervised, without a teacher insight. I was looking for one, sadly perhaps, because child safety, risk and compliance are always at the fore and I didn’t feel comfortable approaching students to ask questions about their volunteering work without asking their accompanying teacher first. The whole concept of community volunteering as a compulsory practice was fascinating and to see children sweeping, weeding, picking up rubbish in almost every town we drove through made me think about the pride in their town this must imbue.

Schools operate with far less parent involvement than here too, ensuring that children are self-managing and more independent. Even being allowed out on the streets, working beside the highways unsupervised was eye-opening for me and showed the level of trust placed in them. Educators, researchers and authors (I’m thinking Lisa Damour, Catherine Misson, William Stixrud, PhD and Ned Johnson) would all agree that when children have a healthy sense of control they have better physical & mental health, greater academic success, & report being happier.

The other thing I noticed was that in every town, no matter how small, there was a youth centre and/or area for teens and children to gather and exercise. As we flew into Reykjavik on Icelandic Air I read the following article: Icelandic teens least likely to drink, consume less alcohol than any in Europe

Iceland had a serious issue with teen drinking, smoking & drug taking but they addressed it swiftly and firmly and took an approach based on well-grounded research and 20 years later they lead with headlines like the above.

They achieved this by launching a national plan in 1999 titled “Youth In Iceland” and they changed the laws. It became illegal to buy tobacco under the age of 18 and alcohol under the age of 20, and all tobacco and alcohol advertising was banned. They also passed a law prohibiting children aged between 13 and 16 from being outside after 10 pm in winter and midnight in summer. Funding was provided for organised sport, clubs (music, art, drama etc) to give kids alternative ways to feel part of a community, and to feel good, rather than through using drugs and alcohol.

A National Parents Association was set up in 1992  called Home and School – a non-governmental organisation that operates without any affiliation to political parties or religious organisations. The association works to support and educate parents and it also hosts Iceland’s Safer Internet Centre, raising awareness on safe and positive internet use among children and young people in Iceland.

Inga Dóra Sigfúsdóttir, who was voted Woman of the Year in Iceland in 2016 was quoted as saying,

“We learned through the studies that we need to create circumstances in which kids can lead healthy lives, and they do not need to use substances, because life is fun, and they have plenty to do – and they are supported by parents who will spend time with them. “

Food for thought, and whilst you’re reflecting on this, here’s the link to our Drone video footage from Iceland thanks to H.K. and just some of our photos from this most amazing country.