The life of an early adopter 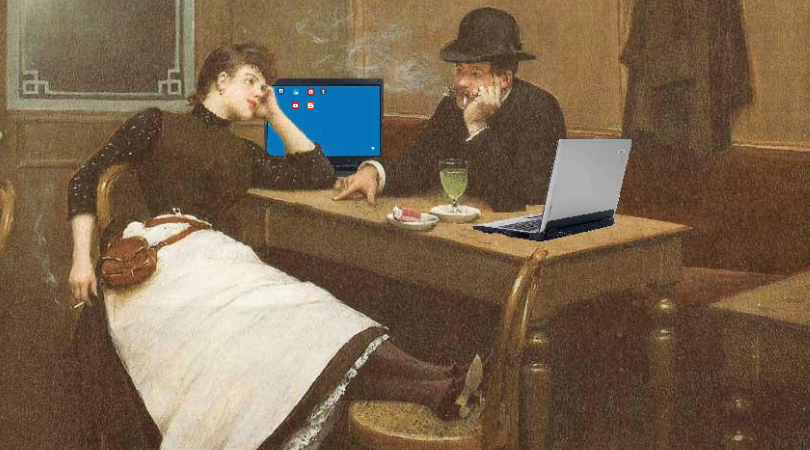 My sister was reminiscing over the weekend about the first time she’d ever heard of the Internet. It was the early 1990’s and she recalls me telling her that I’d just got internet-connected and how amazing it was because you could look up absolutely anything. She recalls responding “but what would I ever want to look up?” And privately she thought, “that’s crazy, people will never pay for that, it won’t come to anything! “

An  early adopter (sometimes misspelled as earlyadapter or  early adaptor) or lighthouse customer is an early customer of a given company, product, or technology. The term originates from Everett M. Rogers’ Diffusion of Innovations (1962). https://en.wikipedia.org/wiki/Early_adopter

In November 1997 I launched Australia’s first online retail store making headlines in The Age in 1999 under the headline, “Heralding the age of the cyberconsumer”, in the article Garry Barker wrote, “….the Internet is changing the pattern of our lives, even the way we relate to one another….e-mail, virtual reality, chat rooms, and ever more information”

It frustrates me hearing people talking about growing up digital when in fact I feel as though I have done exactly that. Just imagine ‘virtual reality’ was already in our vernacular in 1999…well ok so chatrooms were still a thing, and email still had a hyphen in it, but ‘virtual reality’ in 1999, Wow!

When I reflect on my own life I was working on a computer by the time I was in my late teens. I was on a company intranet by 20, online and using email at 21, I had the internet-connected at home by the time I was 24 and whilst mobile phones had been available in Australia since 1983, I was still at school and would be in my early 20’s before I could afford one of my own. I still recall travelling to New York around 1998 and noting that even on Wall Street everyone was still using beepers and I just couldn’t understand what was holding them back…..Geoffrey Moore would tell you it was the chasm!

Moore first described this phenomenon in his book “Crossing the Chasm” where he declared that the most difficult time for launching any startup is building enough momentum to transition your visionary early adopters to the early majority.

So herein lies my frustration, thirty years later people still talk about those under twenty having been the first generation to experience this rapid change. Perhaps it would help to take a minute to plot yourself, your family and work colleagues on the Technology Adoption Lifecycle diagram above and you may discover why.

So now that you’ve done that, how can this knowledge help you? No matter your role in an organisation you will know by now that there are people willing to take risks and others who are risk-averse and by identifying these personality traits it can help you organise how people will accept a new innovation or idea.

I am a loud and proud early adopter, and perhaps this came from my rebellion as a child against my conservative and highly risk-averse Father. By the time I was in my late teens I had earned the nickname of “Flynn”, as in “In like Flynn” (a slang phrase meaning having gotten in quickly and easily) and meaning I was up for anything: first, to jump into any new project, a new course, try new software, (even fashion, does that count?) and always the first to put my name down for the next social event. I launched what to others seemed like an insane venture; an online business in 1998, and whilst only viable for four years in that environment, that failure, probably one of the bigger ones in my life, was also the making of me. It helped me discover my passions for technology and learning and it inspired me to take on even more challenging endeavours confident in my own abilities to manage the most difficult scenarios. Had I waited to launch that business ten years later I might have been living in a Point Piper harbourside mansion by now, as the disadvantage of the early adopter is that you have the entrepreneurial spirit and the drive to make things happen but by the time the general population (early majority) catch up, you have already moved onto the next big idea.

So, to all the early adopters out there, keep pushing and prodding, as you have the power to get things done and whilst it would be nice to have a few of you in Australian politics and working on infrastructure programs, you are the ones that can lead on the digital transformation of our nation and have the ability to ensure our economy thrives.

Continue to celebrate your failures as you are the pioneers and entrepreneurs of this world.